We’re thrilled you are interested in joining us on this incredible adventure.

Your next step is to pay your deposit to secure your spot on this trip.

We are aiming to use this travel account to streamline your trip preparations by using TASKS as the place to guide you along getting ready to travel. As the travel environment is slightly more complex than prior to 2020, this is our way of assisting you to ensure you feel ready to take off on your adventure! Each task has an action you have to take (submit a form, check a box etc.) and you will have to log in to complete your actions.

To log in, just click the button below and use the email address you received this email at. Some tasks will send reminders - this is our way of ensuring you don't miss out on any important details. Once tasks are completed, the email reminders will stop.

Watch this video to learn how to use this portal: https://youtu.be/0Cvn_uMTvT0

We are looking forward to supporting your upcoming travels via youli.io.

Reach out if you need anything from us. 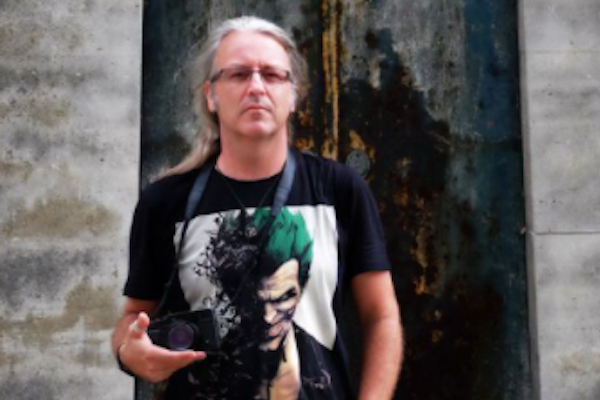 Wayne Kaulbach MPA F/PPABC, received his Masters Of Photographic Arts in 2004 and his Fellowship in 2006. Along with his wife Michelle Fleming, they have owned and operated Skylight Images, a multi-award winning photographic service specializing in natural light portraiture, in Vancouver since 1995. 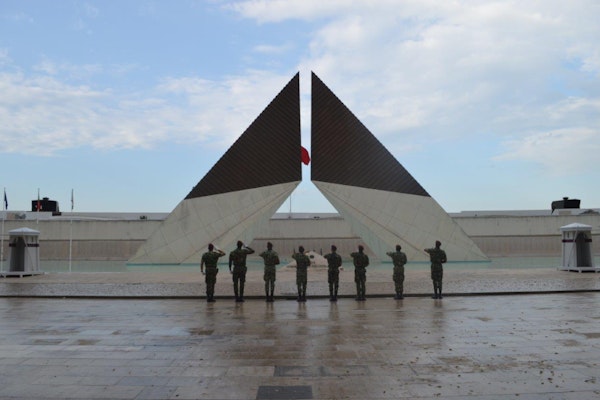 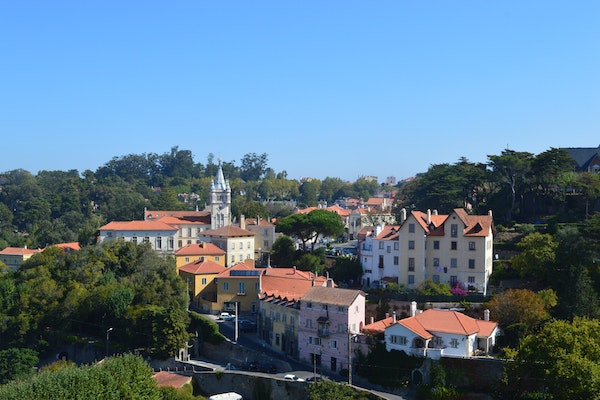 Wandering through the smaller towns of Fatima and Coimbra 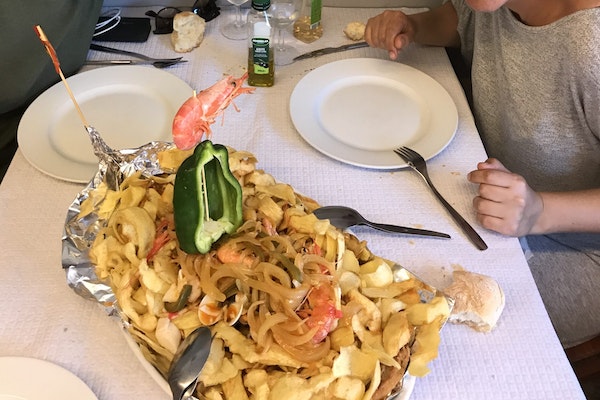 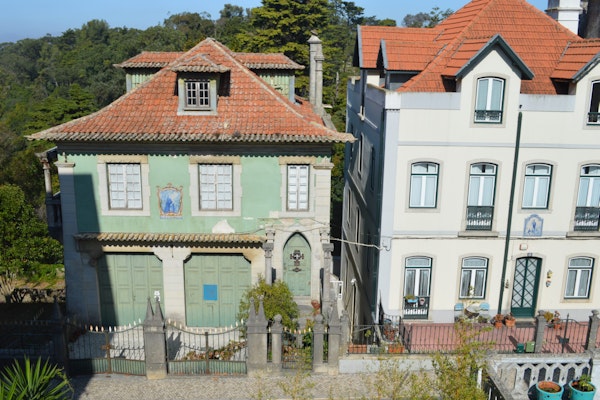 Strolling through beautiful Porto along the enchanting Douro Rive

Besides history, art and an atmosphere all of its own, Kraków offers visitors entertainment and leisure: theatres, cabarets, clubs, cafes, bars, wine cellars and restaurants having something to offer for everyone. 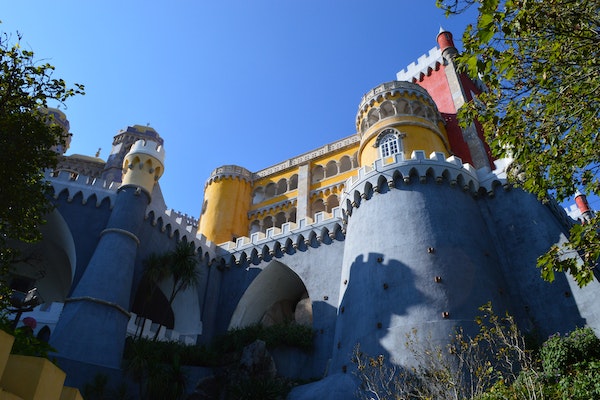 Discovering the whimsical, colourful castles of Sintra, one of the wonders of Portugal

EXPAND ALL DETAILS ALL

ARRIVAL
Welcome to Portugal’s vibrant capital city! Located on the Atlantic Ocean and spread across steep hillsides that overlook the Rio Tejo, Lisbon enchants travellers with its white-bleached limestone buildings, intimate alleyways, and stunning views from rooftop patios, making it a popular destination year-round. Transfer from Lisbon Airport to Hotel.

This evening we’ll enjoy a welcome dinner with Fado Show. Fado is traditional Portuguese folk music and the musical expression of Portuguese people.

Half-Day Walking Tour Lisbon Morning to visit the Bairro Alto and Baixa neighbourhoods, and after a lunch break, go to Belem to visit the Jerónimos Monastery and nosh on the best Pastel Nata you’ll ever taste.

Take some time to enjoy the sunset along the water before heading back to the hotel.

Startup high above the Alfama and work your way down through the winding streets and alleys. There is brilliant colours, street life, architecture, trolleys, and discovery around every corner.

After the lunch break, gather to take in the sunset from one of Lisbon’s many “Miradouros” (mirador).

Early morning departure to visit Sintra – a longtime royal sanctuary, its forested terrain is studded with pastel-coloured villas and palaces. You’ll have a chance to visit the Monserrate Palace, Regaleira as well as the village where you’ll enjoy lunch in a local restaurant.

From Sintra, we continue to the charming seaside towns of Cascais and Estoril which have been aptly named the Portuguese Riviera. Stroll through the towns and snap away. This gorgeous bit of coastline is famous for windsurfing and kitesurfing.

Today is a free day to explore more of this captivating city and try to capture its beauty with your camera.

Today we travel first to the town of Golegã. Here we have the chance to visit to the Carlos Relvas Photography House-Studio. Nestled in the winding cobblestone streets of Golegã, Portugal, a monument to the early days of photography welcomes visitors from around the world. Carlos Relvas photographed landscapes in his hometown and around the world, but also made stunning portraits of both high-class and peasant-class people from around Portugal. His work is some of the earliest depicting everyday Portuguese life (1860’s).

After have lunch a local restaurant.

Later, visit the sacred site of Fátima, a bucket-list destination for Catholics and the place where one of Portugals most famous legends was born. As the story goes, 101 years ago in 1917, the Virgin Mary appeared to three children who were tending sheep in the fields, and she shared special messages with them.

After breakfast, we check out and continue to Warsaw. A phoenix arisen from the ashes, Poland’s capital impresses with its resilience, respect for history, contemporary style and sheer joie de vivre. Much of Warsaw has been rebuilt and the fragments that survived are now preserved in a superb selection of museums and cultural storehouses.

During our stay in Warsaw, we will take you to some of the popular sites as well as those that are lesser known. Some of what we will see include: the Old Town, the Royal Route Royal Castle, Column of Zygmunt, the Presidential Palace, Warsaw University, Lazienki Park and finally the Palace of Culture and Science. Not to be missed is a stroll beside the Vistula River: on the west bank runs the Vistulan Boulevard, a contemporary promenade dotted with waterside bars and cafes, while on the eastern Praga side nature holds sway with meandering, wooded pathways leading to sandy beaches. Łazienki Park, pronounced wah-zhen-kee, includes manicured gardens, an ornamental lake, wooded glades and strutting peacocks. Once a hunting ground, Łazienki was acquired by King Stanisław August Poniatowski in 1764 and transformed over the centuries to include a couple of palaces, an amphitheatre, museums and various follies.

Old Town is the historical part of Warsaw and it’s located at the heart of the capital. Founded in the thirteenth century, it was entirely rebuilt after World War II (as it was destroyed in 90% during the war). Palace of Culture and Science for many years have been considered to be the most controversial building in Warsaw. Built in 1955 as a gift from the Soviet Union to the Polish people, still remains the tallest building in the capital.

First we visit Tomar, a city in the centre of Portugal famous for having been the last headquarters of the Knights Templar, its rich in history and full of mysticism. The best way to finish the morning is to taste some olive oil in a local producer.

Continue to Coimbra, the City of Knowledge. Here is located the oldest University in Portugal and one of the oldest in Europe. We start by visiting the University where it’s possible to see the amazing Joanina Library, considered one of the most beautiful libraries in the world.

Visit to the centre of Coimbra and free time to stroll around its charming streets and photography. Afterward, you’ll have the chance to visit the “Miradouro Vale do Inferno”.

We first head towards the charming city of Aveiro also known as the Portuguese Venice – famed for its canals, Nouveau architecture, and colourfully painted Moliceiros boats. The city lies on the edge of the Ria de Aveiro, an expansive saltwater lagoon that was historically farmed for its seaweed, salt, and bountiful fish. Aveiro boasts a series of charming channels where we can find the traditional Moliceiro boats. Having its roots in the sea, the city has its origins as an avid fishing community, still being proudly and fairly characterized by a people of the sea.

Here we can find the salines of Portugal and one of the largest ceramic factories, now transformed into a cultural center. Also, don’t miss the opportunity to visit Costa Nova, an area known not only for its privileged location between the sea and the estuary, but especially for its very famous typical houses with colourful stripes.

Drive to romantic Porto, the country’s second-largest city, and of course, the birthplace of port. This afternoon we’ll wander through the Ribeira district. Porto’s historic centre and UNESCO World Heritage Site and a photographer’s dream.

This morning we continue our photography tour while exploring Porto. We have the opportunity to get intimate with the stunning city of Porto. We will spend some time walking through Porto’s beautiful city centre, which has been continuously inhabited since at least the 4th Century. Its colourful seaside hosts local fishermen and families along its piers.

Free afternoon to photograph your favourite spots in Porto.

Breakfast at the hotel.
Free morning to explore the nooks and crannies of Porto.

In the afternoon enjoy a cruise along the Douro River through the center of Porto. Tonight we dine together at one of the most important Port Cellar in Portugal.

To top off your day, after dinner you will have the opportunity to photograph Porto from a vantage spot overlooking the entire city of Porto.

Breakfast at the hotel. Today you bid farewell to your group and to Porto. Transfer from the hotel to airport at a designated time.

This is our last day in beautiful Portugal.If you would like to extend your stay in Portugal or Spain, please let us know.

Discovering the whimsical, colourful castles of Sintra, one of the wonders of Portugal

Click the button in the footer below to create your Finisterra Travel account and then pay the deposit to reserve your spot.

**Though we will do our best to follow this itinerary as closely as possible, it is subject to change due to factors beyond our control.

Please take the time to read and understand the conditions of booking set out in our Booking Terms & Conditions prior to booking a trip with Finisterra Travel LTD. We strongly recommend that you also read the Country Information relating to your trip prior to booking, and ensure that you understand the itinerary and the active style of the trip you are undertaking.

All the Traveler data collected on this platform belongs to you or the Planners who create the trips. We do not sell your customer data or use it for third party advertising. We use cookies to authenticate you and for analytics to improve our services. Read our Privacy Policy for details.

Have any privacy questions? Especially about how we help you comply with GPDR? Ask us about privacy.